Perusing an article on a new YA rewrite of S&S, we were a bit startled to read this sentence:

[book title*] is a contemporary retelling of another, equally amazing classic tale by the Edwardian authoress

Huh? What Edwardian authoress would that be?

You know, we’re hardened now to hearing Jane Austen referred to as Victorian. We still roll our eyes, but it no longer makes us twitch, because we’ve heard and read and seen it so many times. After all, Queen Victoria had a really long reign. We’ve even heard Jane referred to as Old English, which just makes us laugh. But really? Edwardian? Is this what the overwhelming popularity of Downton Abbey has brought us to? We hope we don’t have to remind our Gentle Readers that there’s about 100 years between Austen’s novels and the adventures of the Crawleys et al. We hope this article isn’t a test balloon of sorts for a whole new flight of historical ignorance: “Edwardian” replacing “Victorian” as a catchall term for “old-timey.” It’s like they learned a new word from reading articles about the costumes in DA or something and started throwing it around like they know what it means. 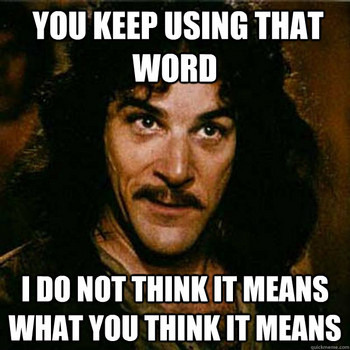 :: dresses up in Edwardian cricket whites, takes up Cluebat of Janeite Righteousness, smashes dopey story over the fence. What do you mean they don’t do that in cricket? ::

*book title redacted because the book and its author are not responsible for these shenanigans, and we respectfully request that our Gentle Readers keep that in mind.

2 thoughts on “Edwardian is the new Victorian”